TO THE ATTENTION OF THE PRESS AND THE PUBLIC
Çiftçi-Sen has convened its 1st Ordinary Congress.
On 1 February 2020, Çiftçi-Sen assembled the conference with the attendance of the delegates sent by the product-based unions. The delegates have discussed the extent of the destruction in the agriculture in Turkey and, taking into account the fact that the agriculture and food has come under the domination of companies, have concluded that the inevitable duty would be to struggle to build the food system of the people against that of the companies, i.e. to carry out a struggle based on the food sovereignty, and to ensure that the organization satisfies the needs of such struggle. They have unanimously approved that all product-based unions would join into one union under the roof of Çiftçi-Sen and those that produce different products would get organized in desks under the roof of the union. The conference has led up for an organizational form where farmers, no matter which product they produce, those who deal with ecological peasant agriculture, coastal fishers, nomads are all welcomed as members. In accordance with this decision of the conference, the official application was made on 21 February 2020 to found Çiftçi-Sen, the Union of Farmers.
Despite many difficulties generated by the conditions of the Covid-19 pandemic, Çiftçi-Sen has carried on the efforts to complete the organization and convened the 1st ordinary congress in its head office in Izmir on 31 October 2020.
Farmers who produce a variety of products and coastal fishers from various regions and cities of Turkey have attended the congress.
Participants have exchanged views on the objectives and the basic issues of farmers’ organization and have determined the forthcoming period to be a period of recruiting new members and reinforcing the organization extensively.
With the mandate received from the Board of Election

buy-kamagra-oral-jellies.com
, we have exceeded an important milestone in the organization of farmers.
Land, Pride, Life! Long Live Çiftçi-Sen.
Long Live Our Organized Struggle against Incorporation of Agriculture!
Food Sovereignty, Now! 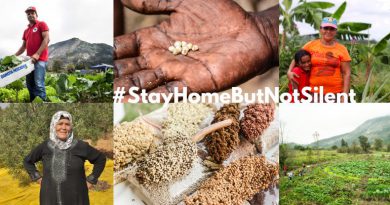